If you’ve spent any time in the health or wellness worlds, you are no stranger to the human mind-body connection. We know how dramatically the body can affect the mind and vice versa, and that the mechanisms of this interaction are nearly infinite. There are times where the results of this connection are secondary, but there are some instances where we intentionally change something in the mind or body to create change in the other. Some of the most common methods here involve visualization. Whether you are picturing yourself successfully delivering a speech, thinking of colors corresponding to a certain chakra during meditation, or simply going to your “happy place,” you are using the power of your imagination and effecting a physical change in your body.

A key part of these practices, and central to the mind-body connection, is that our bodies generally believe what our brains tell them – meaning that if you picture yourself lying on the beach in the sun, your body will relax as if the sun were actually on your skin. Guided imagery is a specific type of visualization practice in which all of the senses are activated by a specific image. Other kinds of visualizations and guided meditations have similar properties, but it is the intentional activation of each of the senses and engaging of the whole body that makes guided imagery distinct. Through this, you are able to get as close as possible to being in a different, soothing place without physically going there (which is quite handy during coronavirus times). 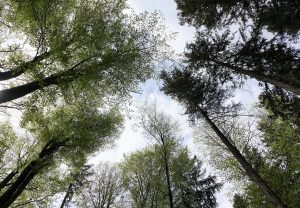 Guided imagery can be practiced in several different ways. Therapists with training specifically focusing on guided imagery can take their clients through the process, often with the use of a script. If you’re practicing on your own, you can listen to a recording (this is a nice waterfall guided imagery), find a script that resonates and record it for yourself to listen to (I liked this woodland walk script), or even silently take yourself through the process using an image you already know. Most practices open with general relaxation designed to calm the body and begin to clear the mind. From here, the sensory cues are introduced. Perhaps it is the sound of rain on a tin roof, the feeling of a soft breeze on your cheek, or the glowing green of a fresh spring leaf. The particular cues will vary based on the imagery you are working with. Once this image has been constructed and each sense is activated, intentional work can be done. If you are simply looking to relieve stress, this is the time for you to call in feelings of calm and relaxation. If you are looking to target something more specific, such as boosting immune function or reducing tension, you might visualize your body producing more T-cells to fight an infection or the muscles in your back slowly releasing their grip.

The history of guided imagery goes way back with evidence of its use found in ancient Greek, Chinese, and Native American traditions. Several early psychologists also studied imagery and its various applications in treating patients. In the 1970s, researchers began to explore its effectiveness within the realm of western medicine and a few of these researchers even went on to found the Academy for Guided Imagery that still trains practitioners today. As with all methods of visualizations, its development has been far too widely spread and integral to effectively track. It is apparent, though, that many cultures and fields have adopted guided imagery as a valuable practice. 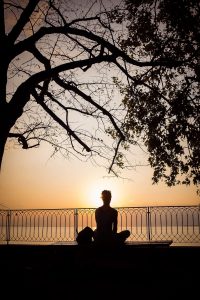 Guided imagery is one of the more well studied alternative therapies around, and has a vast array of applications. Hospitals have been utilizing this tool for some time now and have found it to be quite useful in improving well-being through reducing anxiety, pain, and insomnia in patients. More specifically, research has shown it to be significantly effective in managing post-operative pain, reducing preoperative anxiety in children, and decreasing non-musculoskeletal pain. Though these results may lie in guided imagery’s ability to alter the perception of pain rather than truly decreasing the physical cause, there is evidence of this strategy leading to more somatic changes – guided imagery has been used to successfully reduce tremors in patients with Parkinson’s Disease and improve results when decreasing dependency on mechanical ventilation.

It seems that the magic of guided imagery lies in its ability to produce a new perspective, providing a fresh place from which to initiate change for both the mind and body. There is a lot we still don’t understand about practices of this sort, but we believe that they are beneficial for a variety of reasons and useful to almost everyone. Perhaps this has sparked a curiosity about guided imagery for you, or maybe this tool has already been integrated on your journey. Any which way, we’d love to learn how you see this practice in your life.

About the Author: Dani Dunayczan

Dani is the Holistic Health Coach and Cosmic Coordinator at Free Range Psychiatry, as well as host of the Psychiatria podcast. She is a thinker, a nature-enthusiast, a rock climber, a yogi, a connection-seeker, and a perpetual student of life.